Nine breads down, thirty-four to go!

From cinnamon rolls we follow a similarly delicious path, to a cinnamon-raisin-walnut-loaf  (that’s quite a mouthful!).   Running the risk of eternally jinxing myself, I’ll say that making this bread was a piece of cake, especially considering that I threw caution to the wind and halved the recipe again.

Peter Reinhart offers two variations to the basic recipe: a sprinkle of cinnamon-sugar before rolling the dough into a loaf (creating a beautiful swirl in the center of the bread), and a light coating with melted butter plus cinnamon-sugar on top after baking. I decided to skip the swirl, as both me and beloved prefer to go light on sweets. But the sweet crust on top was impossible to resist, so I complied. 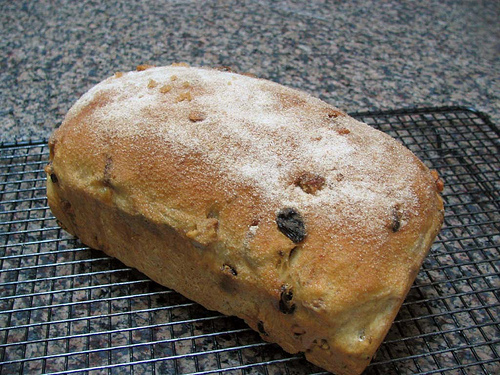 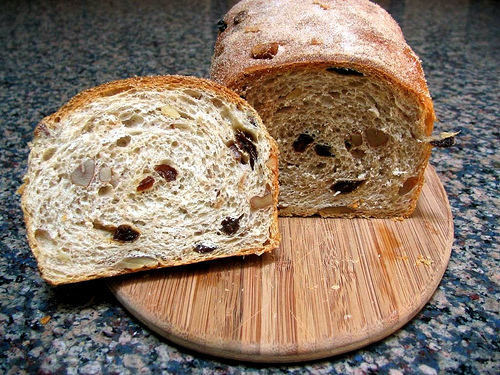 The dough was very nice to work with, smooth, soft, and rose quite well. But, you don’t have to take my word for it… Just follow the link for additional photos.

I kneaded the dough with my KitchenAid, but added the raisin/walnut mixture by hand, it was such a wonderful dough to play with!  It reached the correct temperature, which always makes me happy… 😉 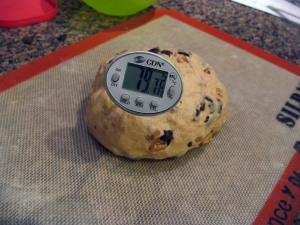 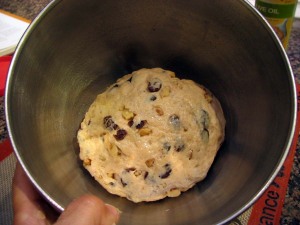 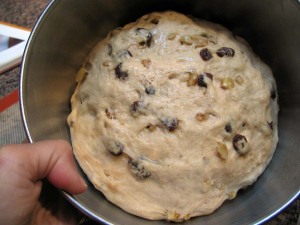 I still need a little practice to get a loaf with uniform size, my loaves always seem to to be lopsided. 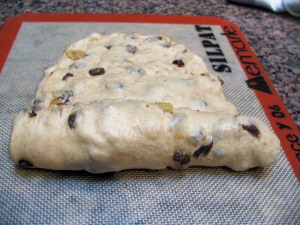 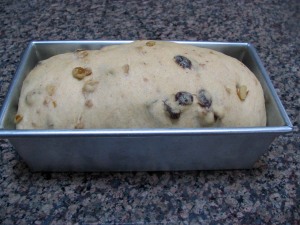 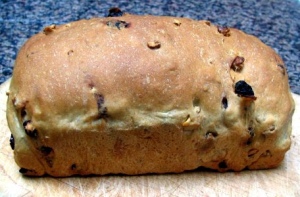 The bread was awesome right out of the oven, and maybe it was even better toasted the next day. If you have never baked bread and want to start with an easy, tasty recipe, this is a great option… 🙂

Tell me, wouldn’t you love to take a bite? 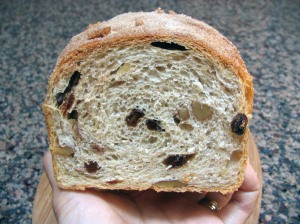 Thank you, Mr. Reinhart, for a great recipe!